I’m not the type to have a lot of acquaintances; I much prefer to have a handful of very close friends that I really invest in. I feel lucky that I survived college, the sorority, and the drama of one’s early and mid-twenties and came out with a group of girls that mean the world to me. By far the hardest part of moving to Seattle was leaving the ones in SF behind.

There’s something about doing everyday life with people that is very intimate. I have a wonderful sister and best friend in Southern California, but it’s been ten years since we did everyday life together. More like 14 with my sister, and she was 11 the last time we lived close to each other. My relationships with Lauren and Becky have evolved through the long distance, with text messages and IMs and weekend visits. We’ve had a decade to figure out how to stay close.

But with my SF girls, it still feels like I should be there, like everything needs to happen in person because that’s all we know. We have shared so many dinners after work and brunches on the weekend, and put I don’t even know how many miles on our running shoes. Somehow a text message doesn’t feel like enough when all you want is to meet someone on the corner of Chestnut and Scott and go for a long walk to work out everything that’s going on in your head.

Being in San Francisco this weekend was so good. I think I smiled the entire 30 hours I was there. The invite for Alyssa’s baby shower came at a particularly low point in December, and at first I dismissed it. I wasn’t upset at the nature of the shower per se, I just wanted to wallow in my own grief and not think about anything fun. Maybe a week later I realized – wait, there is party being thrown at which all or most of the girls would be, it will not cost me much to attend, and I can get there in two hours? Sign me up. I immediately RSVP’d and booked a flight, then looked forward to it for five weeks.

It did not disappoint. To anyone else, this was probably a relatively boring weekend. Baby Barringer was showered for a few hours and the rest of the weekend was just normal. We were in bed by ten on Saturday night and I didn’t even get dressed on Sunday in normal clothes. But we talked and we walked. (So much. I hit 17,000 steps on my FitBit.) We ate. We laughed. We didn’t cry, but that would have been fine if it had happened. It was such a great weekend.

Now I have a new resolve to be thankful for and take advantage of modern technology while I’m in Seattle and to look forward to weekends I get to spend with them in person.

I thought it would be fun to go through my photos and try to find a picture from January from each year in the past. My digital photos start with 2005 and I really had no idea what I would find. I just skipped the year if I didn’t have any pictures from January. 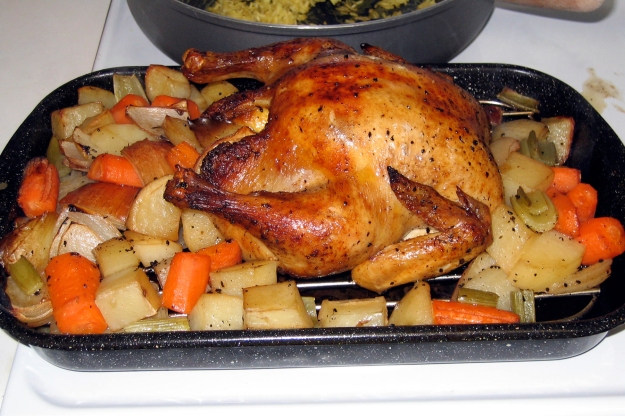 2006 – my first roast chicken! oh my gosh I totally remember this. i was living alone for the first time (in San Rafael) and always did new recipe Monday. 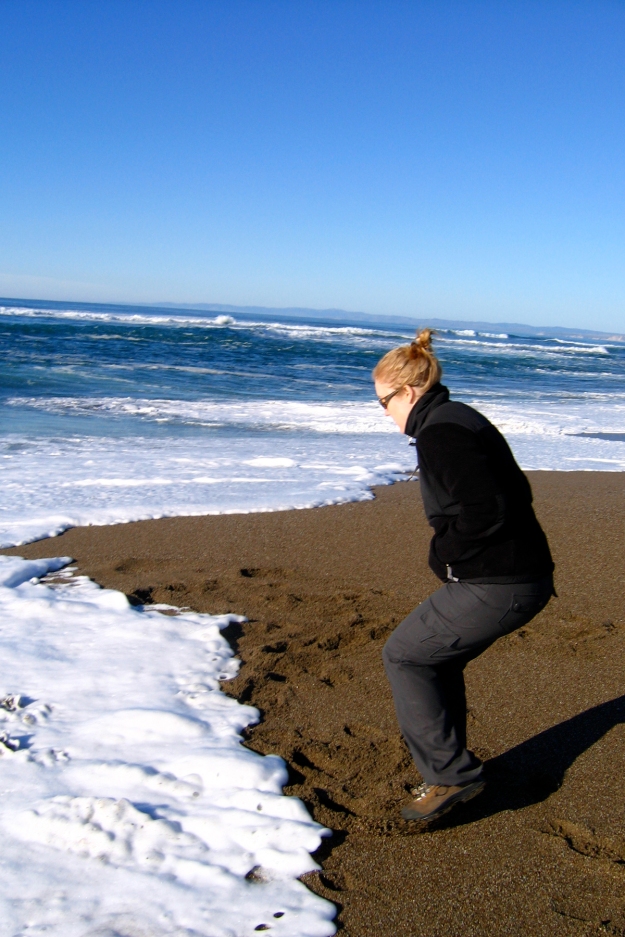 2007 – around my birthday on the coast up in marin county. 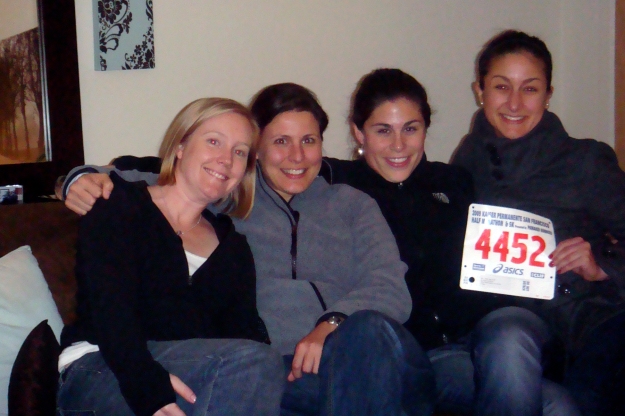 2009 – one of my all time favorite SF nights. the night before we ran our first Kaiser half marathon. soo many of our inside jokes came from this night. 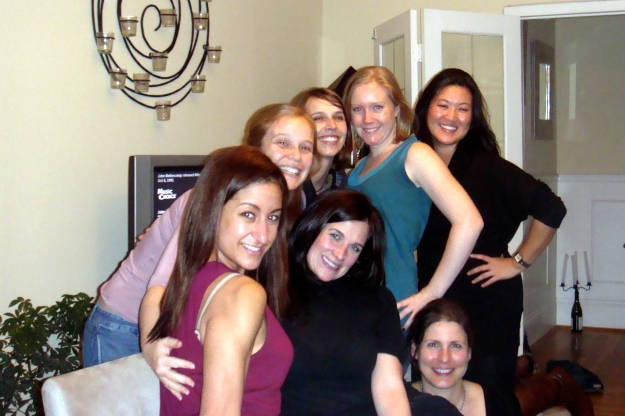 2010 – my birthday/girls night at julie’s. after many bottles of wine. 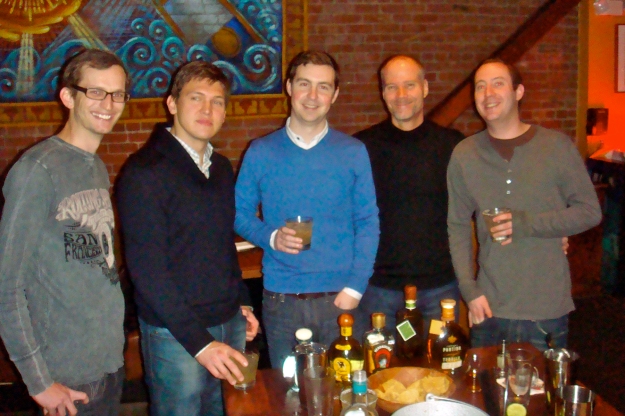 2011 – so many great pictures from my 30th birthday, but i’ve always really loved this one. five great guys, i’m thankful to have them all in my life. 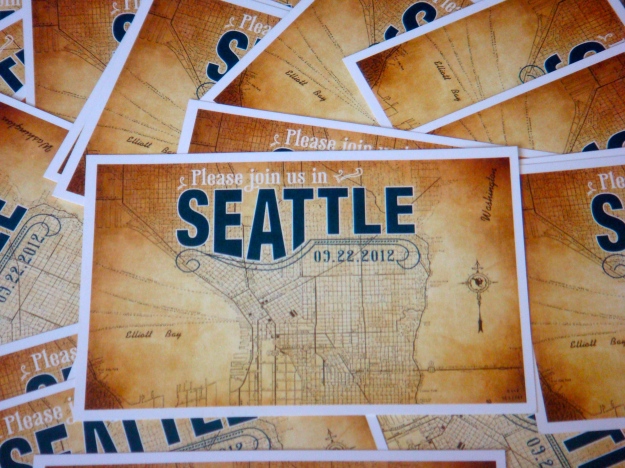 2012 – sending out save the dates. started to feel really real!

2013 – birthday trip to portland, before we realized puppy plus hotel room was a terrible combination.

This was so much fun, I’m going to try to remember to do it again next month.

My little sister is married! We had such a fun weekend celebrating Becky + Arek’s wedding with family and friends. I didn’t take many photos, and even fewer good ones over the weekend. I was too busy enjoying the family (and herding cats at times).

Friday we landed in Long Beach and it was WARM. I immediately asked Greg why we don’t live in Southern California and he had NO GOOD ANSWER. Even his usual “taxes” didn’t quite work when it was seventy something degrees in January. We headed straight to the rehearsal and dinner. Polish food truck for the win. 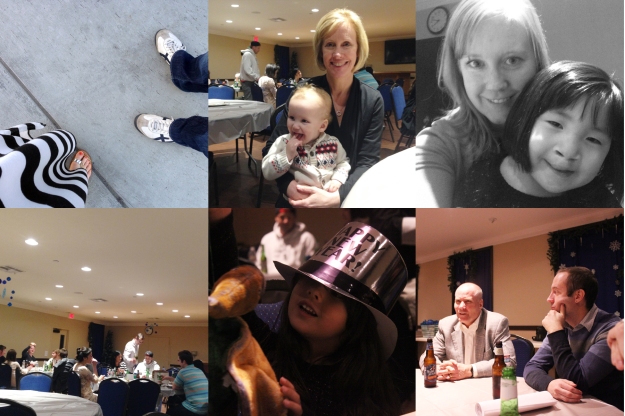 Friday morning we woke up after 9+ hours of sleep to overcast skies. Not cool, LA. I headed to the boat for the first time as it was girls’ day at the spa. We all got manicures and pedicures, and those of us who have been to kindergarten already also enjoyed champagne. The littles definitely took to a day of pampering just fine. Anna was on top of her technician like it was her job. 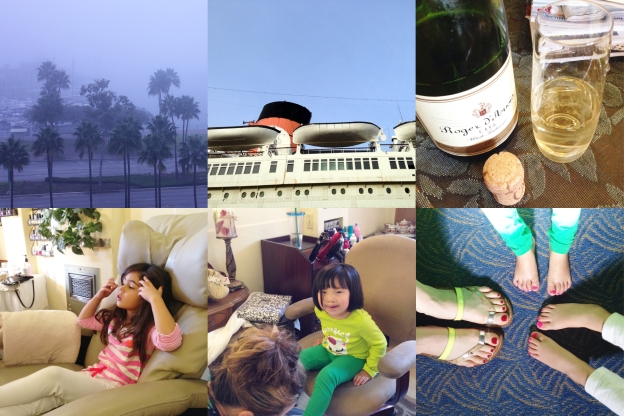 And then it was time for the big day. We started getting ready sometime before the crack of dawn. Literally. Meeting my new nephew for the first time and holding a 16 month old in a tux well made up for the early wake-up call. Another champagne toast and we were off… only to wait for the limo bus that was an hour and fifteen minutes late to arrive. 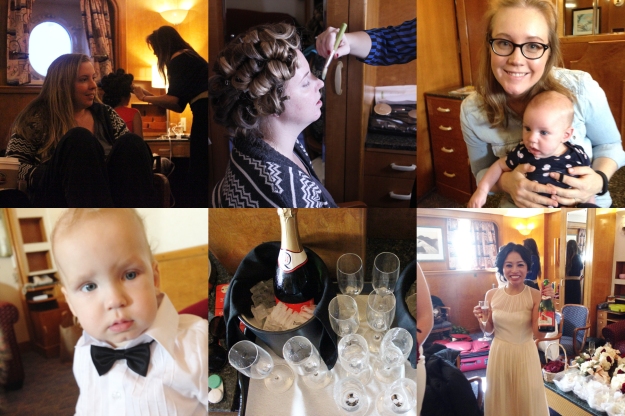 Greg managed to track the limo bus down and get him oriented and we were off to the church. They had a fun ceremony that was traditional with a light-hearted priest. Maks decided he had no interest in me holding him down the aisle, so his mama did instead. I think I definitely saw Arek wipe away a tear seeing his two loves walking down the aisle towards him.

The reception was so much fun. We ate, we danced, we caught up with friends and family. I managed to make what is hopefully my last wedding toast ever and survived. I’m a billion times happy for Becky and Arek and so thrilled we got to take part in their happy day. 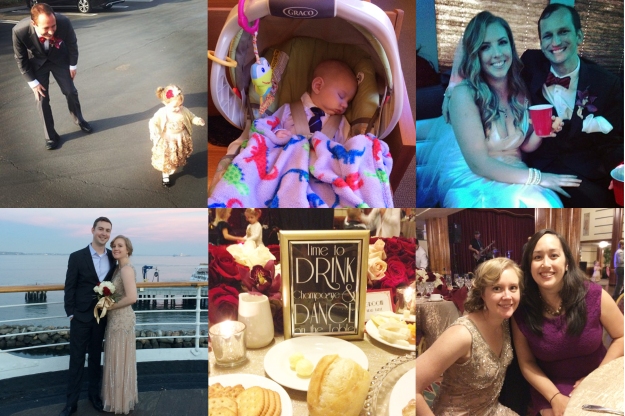 We celebrated Becky’s wedding shower this weekend in southern California. Such a fun weekend of family and friends. My mom and I had a mini girls weekend; we shared a hotel in Irvine and she helped me put the finishing touches on the party. While driving from the airport on Friday night we realized the last time just the two of us stayed in a hotel together was ten years ago. In 2003 we flew to New York together after I accepted an offer with GreenPoint Bank to apartment hunt and get the lay of the land. I wonder what 2023 will bring.

While the weekend was so nice, the pictures are not. Neither my mom nor I took very many. I guess it’s a good sign we were having too much fun to think about photos, but I was hoping for a few more than what I ended up with. First up, the little guy that always steals the show.

I asked Maks to smile so I could take a picture for Uncle Greg. He wanted a more serious photo I guess. After the shower we stopped by to see Maks some more (and have dinner with his mom, sure, but really to see him). He was pretty sleepy and climbed into Grandma’s lap to rest. I’m pretty sure it made her year.

The shower was at the Melting Pot where we had fondu dessert and a champagne toast. I have no pictures of the dessert because at our table we were too busy eating it. The picture below is the only picture I have of the bride to be. 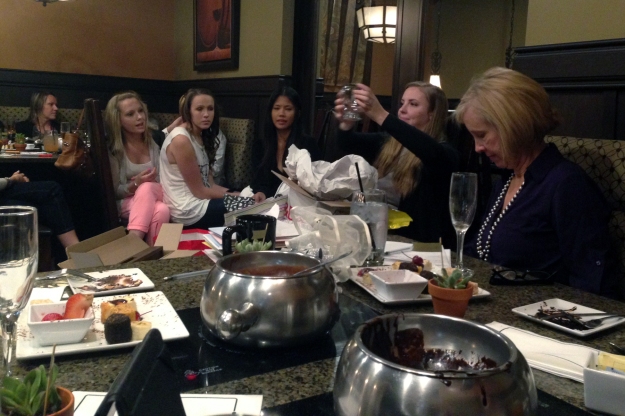 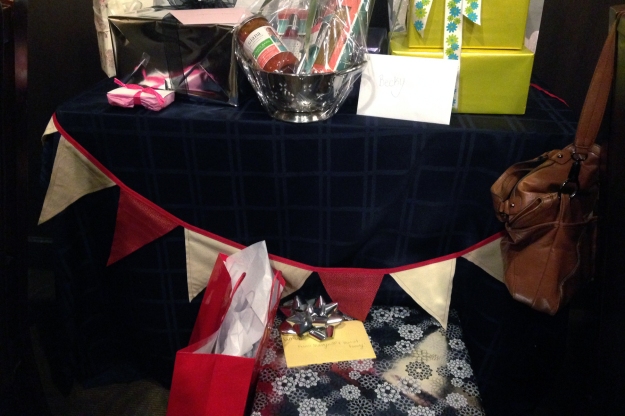 Becky has such generous friends and family – she has almost a whole new kitchen after the party. I made the flag banner to decorate the gift table and to give to Becky after to use as a Christmas decoration. More on sewing project #2 coming soon. 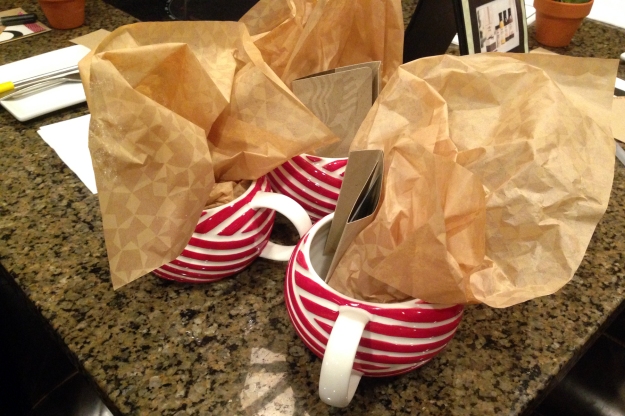 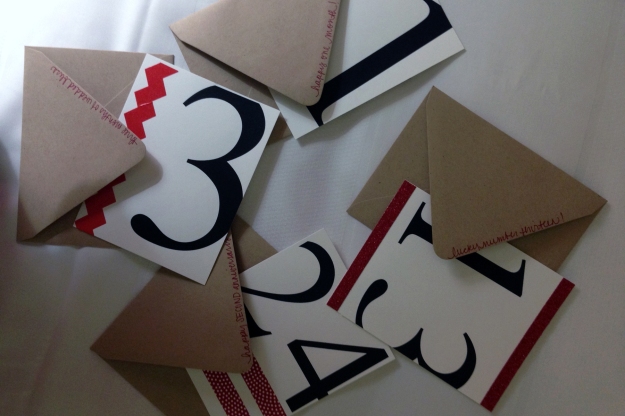 We played one game and I also handed out cards with the numbers 1 – 25 on each one. Everyone at the party wrote Arek and Becky a note for that “monthaversary”. Starting with February 4th, I’ll pop one in the mail each month and they will get a fun note of advice, encouragement, or who knows what. 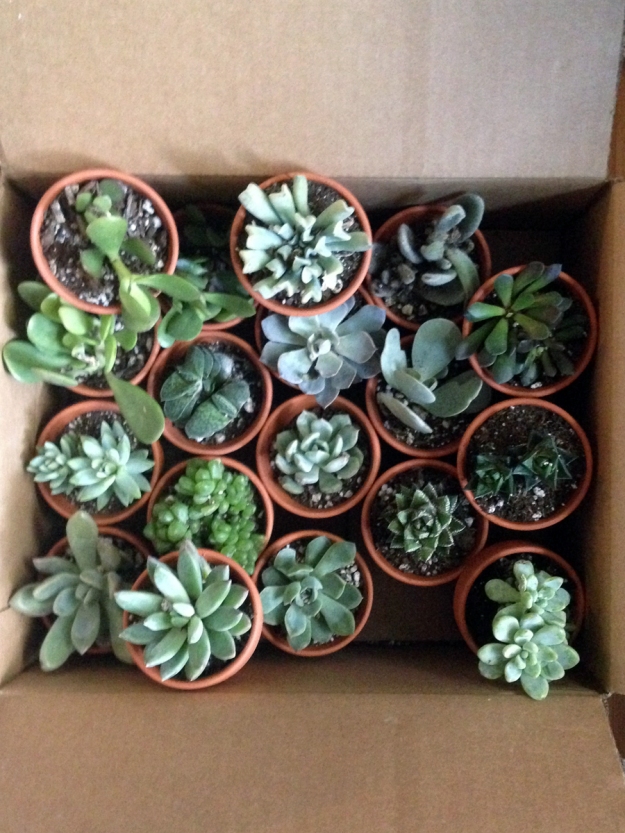 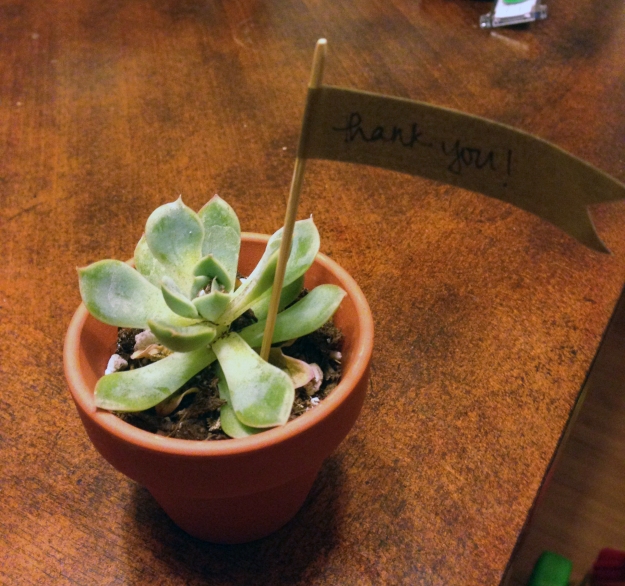 The favors were mini succulents. I ordered them off of Etsy and they were so cute! I replanted into mini terra-cotta pots and added a thank you flag.

Mom and sister bonding time, I got to catch up with Brittany and Lauren (and see Sloane for a few minutes as an extra bonus!), briefly chat with extended family, and lots of Maksym time. Weekend success.